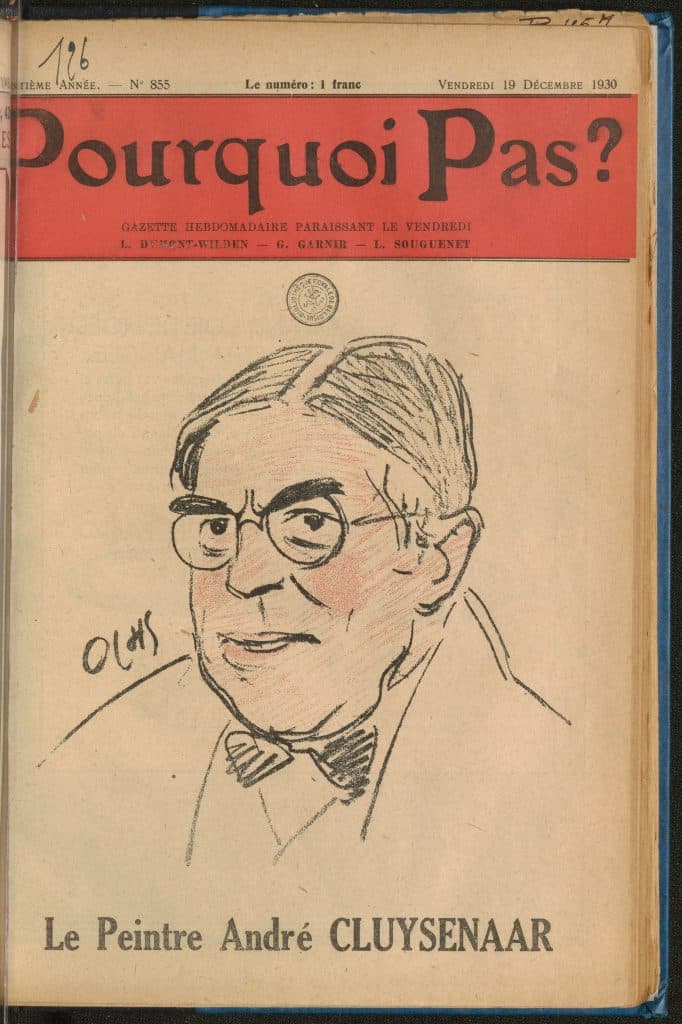 Intermedial study of Belgian art as a network structured as seen through the lens of the mass media magazines in the interbellum years.

Often neglected, magazines inform us on events, tastes, trends and more generally on the lifestyles and thoughts of an era. This valuable source of information and documentation also offers us a new mapping of Belgian art between the two world wars, seen as an intermedial network bringing together artists, journalists, critics, editors-in-chief, publishers, printers, photographers, illustrators and advertisers.

The research focuses on a set of magazines from the 1920s and 1930s held at KBR. During this period the number of magazines increases and their format evolves significantly. ARTPRESSE aims at studying and digitising a representative part of this original material, thus extending the online digitised offer of KBR. Another purpose of the project is to question our vision of art and media by breaking down the barriers between practices and disciplines.

We study in particular illustrated weeklies both Dutch and French-speaking that we define as general. By general, we mean magazines with various sections and subjects (on current events, art, fashion, sport, etc.), printed in several thousand copies and sold at a reduced prices. These are made “to be viewed” (as described by Roger Avermaete, “L’Architecture du Journal”, in Le Livre et L’Estampe, n°2, 15 Mai 1934, p. 45), so attests the importance given to the illustration, the photography, the advertising and the layout.

In addition to the research, the purpose of ARTPRESSE is to considerably expand the current online offer of KBR in terms of digitised journals and periodicals. Provided by KBR’s digitisation service, the digitisation is done using advanced devices and software and in accordance with all current standards. The files produced in this way are submitted to an OCR in order to ensure a full text access. The digitised corpus will be searchable via the BelgicaPeriodicals portal but it will also be integrated into larger databases such as Europeana.

ARTPRESSE is a research and digitisation project funded by the BRAIN-be 2.0 framework programme of the Belgian Federal Science Policy (BELSPO), coordinated by KBR via its Digitisation Department in collaboration with KU Leuven (Faculty of Arts, Literary Theory and Cultural Studies) and ULiège (Faculty of Philosophy and Letters, Departments of Historical Sciences and Modern Languages).