We often associate the Middle Ages with dark and harsh times. War, the plague and famine are indeed three very present scourges. On top of that, the Christian religion imposes its moral standards. 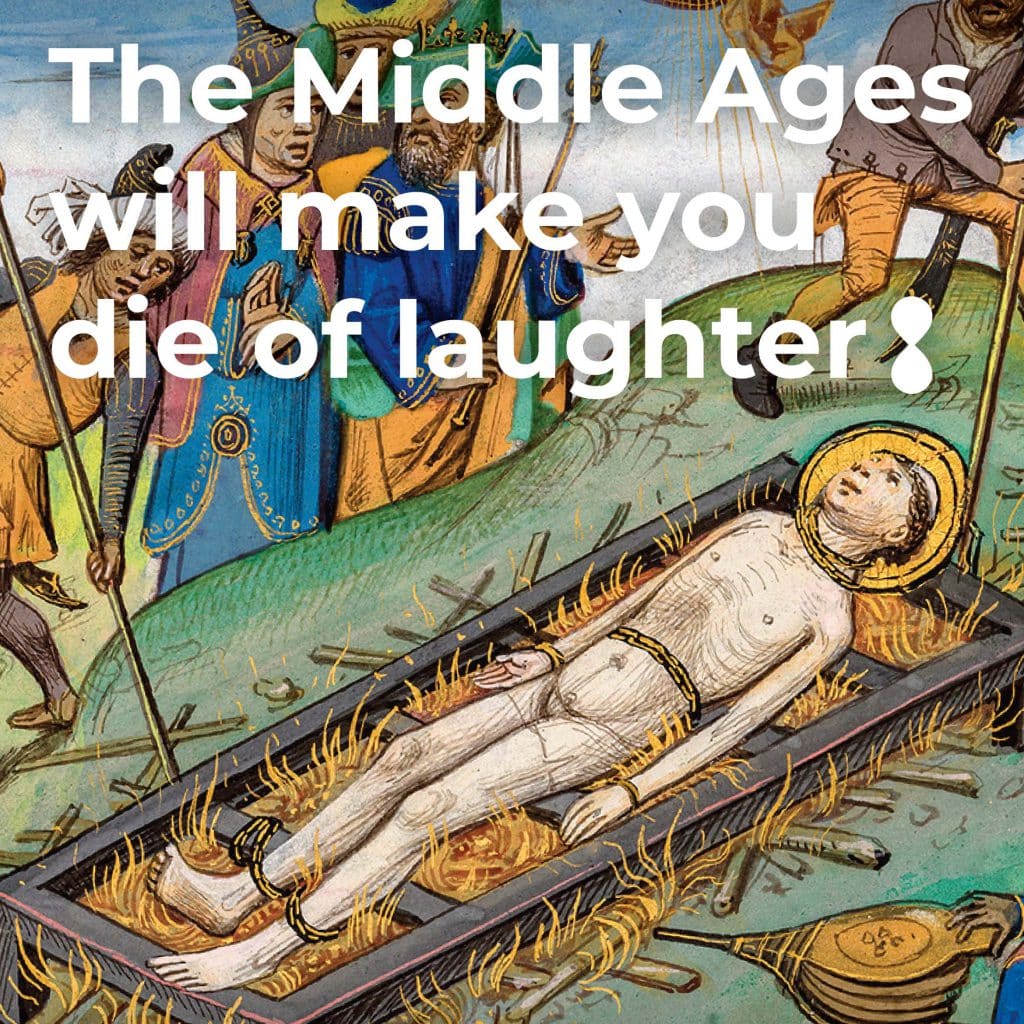 But in manuscripts we also find a lively and funny medieval society, in which life was not nearly as hard as we often imagine. We see that in the texts and images, but also in a special space on the pages: the margins. Page borders are packed with very funny and sometimes satirical elements, right next to often religious texts. We may rightly ask ourselves which part of the page actually attracted the attention of the readers …

From about 1250, so-called “drolleries” take over the page borders of manuscripts in Northern Europe. Animals, monsters, androgynous creatures and so on cling to the initials or gesticulate around the text. Here and there we also see jokes inspired by popular culture. With these marginalia, the miniaturists have found a space where they can practice their expression in complete freedom. This way, the reader immediately becomes a spectator too.

These margins are in particular the place where the world is turned upside down, a mundus inversus where the order of things is disrupted: a rabbit pursues a hunter, armed soldiers flee from snails and a donkey teaches the Holy Scriptures. Animals with human traits imitate and caricature humans and their vices. Nearly all social categories are the object of ridicule. It is not uncommon for the jokes to be ambiguous or even downright bawdy.

Many texts show the lively and imaginative side of the Middle Ages. The Roman de Renart is one of the most widely read and narrated texts of the Middle Ages. The novel is emblematic of these animals that scoff at everything that is human and made such an impression that – in French – the name of the hero, Reynard, was adopted to designate the animal that he embodies (previously ‘goupil’ was the French word for fox). The way he pranks Isengrim the Wolf, Chanticleer the Cock or Tiecelyn the Raven often spices up the edges of manuscripts.

The success of the knightly novels shows a strong preference for “light” literature. Love, epic battles, a birthmark, intrigues, a magic filter, unscrupulous traitors and a spark of eroticism: the ingredients of the Roman de Gérart de Nevers could also seduce the producer of a contemporary series! And yet we are talking about a 15th-century manuscript.

At the KBR museum, you can explore the imaginative world of the margins of manuscripts and medieval stories.