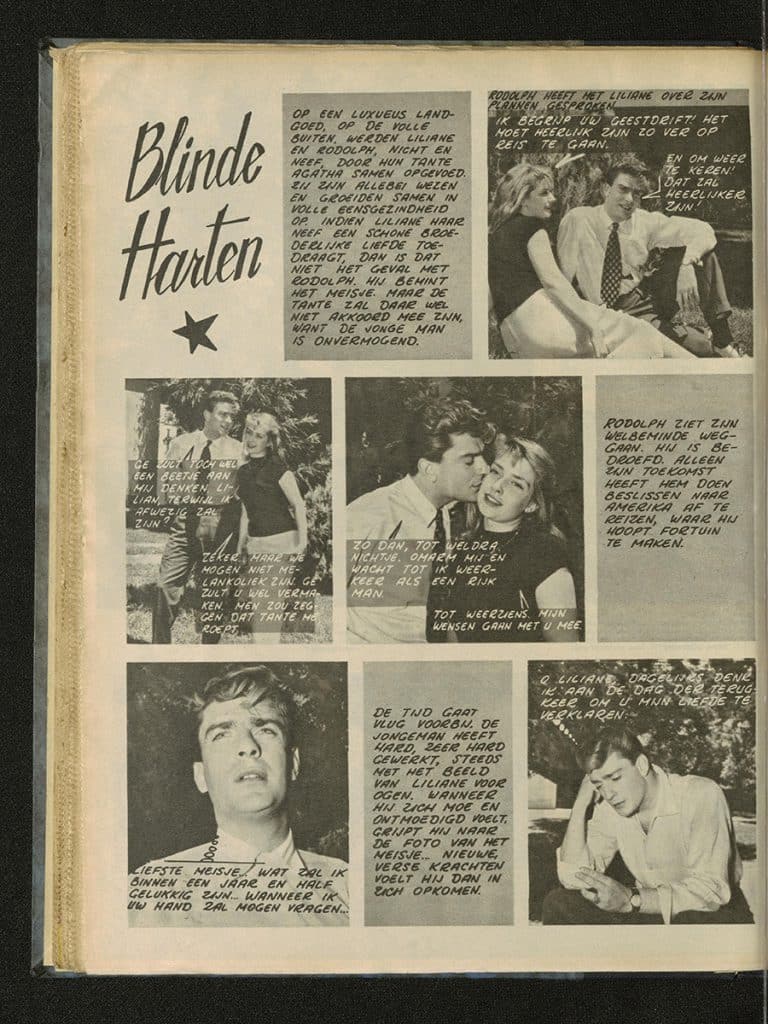 As part of the PHOTO-LIT research project, KBR has tracked down, described and digitised some 600 photo novels from 20 Belgian magazines such as Bonnes Soirées and Femmes d’Aujourd’hui/Het Rijk der Vrouw. They were published during the second half of the 20th century.

117 of these photo novels turned out to be orphan works, works for which the right holders cannot be identified or located. They can now be viewed freely via Belgica, our digital library.

As these photo novels have been published recently, they are still protected by copyrights and cannot be made freely accessible online. Luckily, the digitised corpus contains many orphan works. In application of the European Directive for orphan works, 117 titles were registered in the Orphan Works Database, after a diligent search had been performed in order to prove that the right holders could not be located.

You can now browse these anonymous photo novels, which appeared between 1955 and 1967 in the popular weeklies Ons Volk and Chez Nous.

View the photo novels More information about this project