Old Books and New Technologies: Medieval Books and the Digital Humanities in the Low Countries

On 6 and 7 May 2021, KBR, in partnership with the Campus Condorcet of Paris, the National Library of Luxembourg, the KB national library of the Netherlands, the universities of Ghent, Leuven, Liège, Mons and Namur, and the Vlaamse Erfgoedbibliotheken, will be holding an international conference on medieval books and the digital humanities in the Low Countries. It will bring together representatives from libraries, museums, archives with researchers interested in the ‘medieval book  and new technologies’. Particular emphasis will be placed on the methodological dimension of the use of digital humanities.

Working languages will be English, Dutch, and French.

The Low Countries and medieval books

Over the course of the Middle Ages, what was called the Low Countries developed an original written culture. It is known to us through sources in Latin, in Middle Dutch and in Old and Middle French. At first centred in the Benedictine and Cistercian abbeys of Egmond and Friesland in the North or the Dunes, Ghent and the closely connected chain of Lobbes – Gembloux – Liège in the South, it increasingly became a town phenomenon following the development of the largest and most dense urban conglomeration in the European Middle Ages both with large towns like Ghent, Bruges, Tournai, Liège, Brussels, Antwerp, Leuven, ‘s-Hertogenbosch, Utrecht and a series of smaller cities scattered over the area, all with their convents, and, consequently, books.

In the 15th century, the production of luxury manuscripts for the Burgundian court and its environment flourished in Bruges, Ghent, Oudenaarde, Brussels and Tournai, which gave rise to the development of an important pictorial culture. At the same time, the presence of towns, cathedrals and chapters all over the area gave rise to the rise of the famous French-Flemish school of polyphony, the works of which often have come down to us in beautifully executed manuscripts.

The urban character of the region in the later Middle Ages was essential in the development and expansion of such phenomena as the Devotio moderna or early Humanism. When the latter was essential in the spread of Latin schools and the amount of 15th-century editions of classical Latin authors in the IJssel region, the first found its expression in a proper network of convents and libraries, which is highlighted by the ‘Red Cloister Register’, the famous collective catalogue compiled in the early sixteenth century.

All this produced an important heritage of medieval books, manuscripts and incunabula as well as the sources for their history up to the eighteenth century (old library inventories, pre-modern bio-bibliographical sources, accounts of literary journeys, etc.).

The essential part of what has been preserved of this important heritage has fortunately survived in the libraries and manuscript collections of our regions. Over the last few years, important survey and recovery projects have been started in what has become the Benelux: CICweb.be for the French-speaking institutions of Wallonia and Brussels, Medieval Manuscripts in Dutch Collections for the Kingdom of The Netherlands and Medieval Manuscripts in Flemish Collections for Flanders. However, not all the heritage collections have been identified or explored, especially in the private and ecclesiastical libraries. Moreover, not all the pre-modern sources useful for the study of this written heritage have yet been identified, surveyed or edited.

To facilitate these scholarly activities, we must call on information technologies and particularly on digital humanities for inventory, research, preservation and enhancement of this heritage. Relevant technologies include

Initiatives, such as the Sanderus electronicus, the electronic edition of the Bibliotheca Belgica Manuscripta project, have already been underway for years. However, all these initiatives have not yet necessarily been surveyed, and they are still not all accessible from a central point of information.

Moreover, many manuscripts and the relevant sources that document their history are still poorly known to scholars working in this field. It therefore seems timely and opportune to make an assessment of the initiatives and to establish a research community around the written heritage of the historical Low Countries and the application of digital humanities to this field. An ‘observatory of written heritage’, comparable to Biblissima and in close collaboration with this pioneering French portal in the field, would be a good approach to creating a synergy between keepers of the historical collections, expert librarians, academic teachers and written heritage conservators.

Registration is now closed. If you registered, you will receive an email with the link to each session. 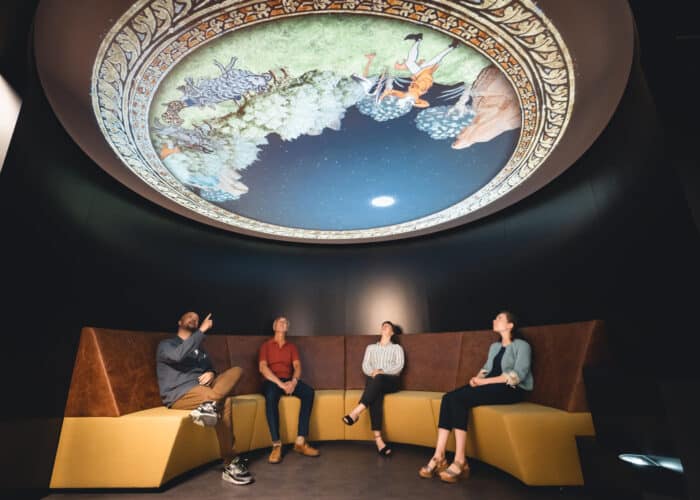