At the turning point between the Middle Ages and the modern times, the Dukes of Burgundy acquire numerous territories located between Dijon and the North Sea. They form a new powerful, prosperous and modern state, which is transient at the same time. 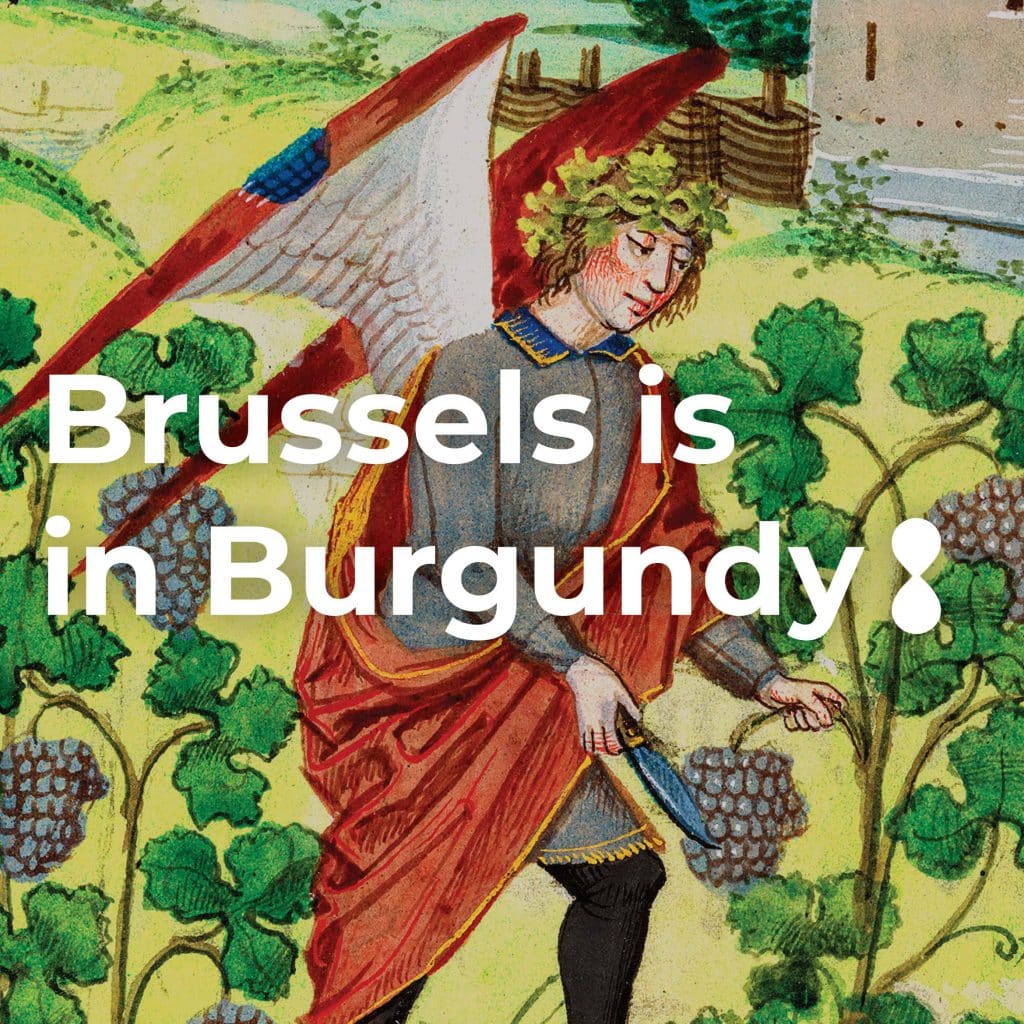 In the 15th century, the territory of present-day Belgium consists of numerous principalities, each of which is different. The map below shows that this whole – or rather, this mosaic – does not correspond to the current borders. The territory extends to the North of France and the South of the Netherlands. Historians refer to it as the “Southern Netherlands”. 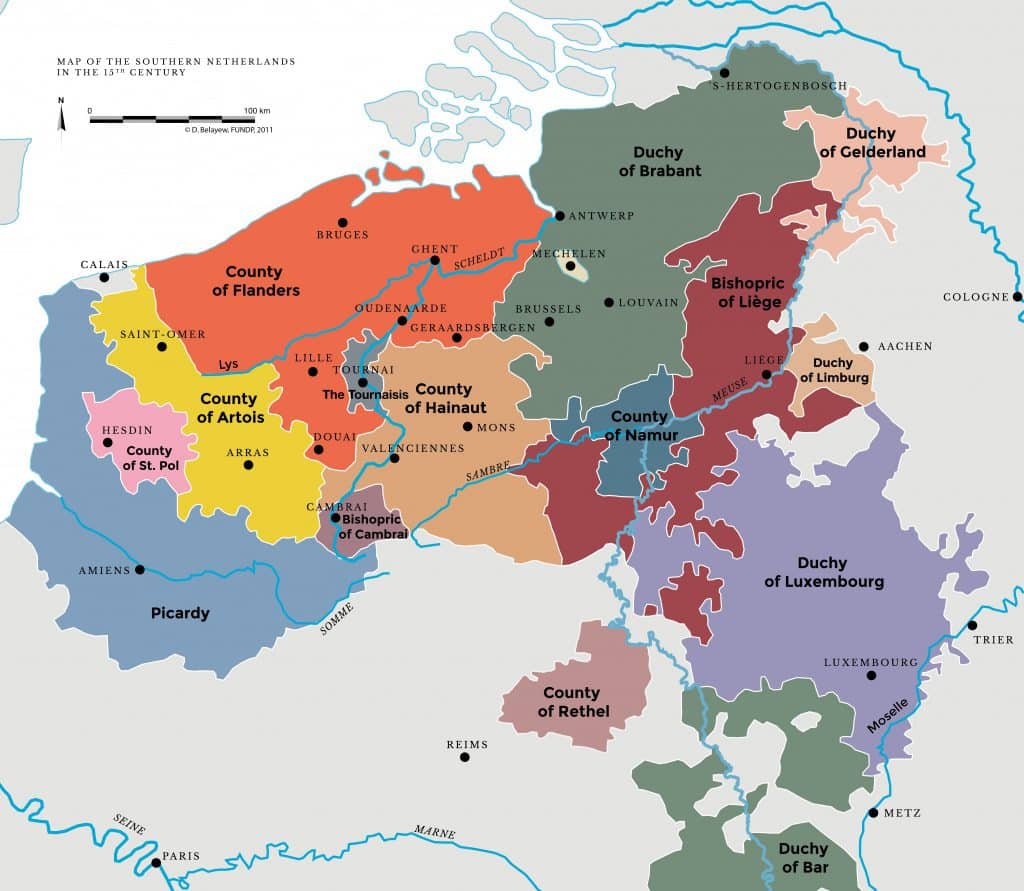 Everything starts with a marriage

Ghent, 19 June 1369. It’s time to celebrate! Philip the Bold, brother of the King of France and Duke of Burgundy, marries Margaret of Male, the only daughter of the Count of Flanders. Their marriage unites Burgundy with the Southern Netherlands for more than a century.

Their descendants expand the Burgundian power in the Southern Netherlands through marriages, purchases and inheritances. They manage to almost completely connect the northern and southern parts of their territories. However, the expansion of power of this new state came to an abrupt end on 5 January 1477, when Duke Charles – later nicknamed “the Bold” – is killed in a battle near Nancy.

Neither the lineage nor the power of the Dukes of Burgundy ceased to exist after the Battle of Nancy. On the contrary, Emperor Charles V is none other than the grandson of Mary of Burgundy, daughter of Charles the Bold.

A rich and prosperous territory

The Southern Netherlands owed its prosperity to its rich agricultural lands and its handicrafts. Thanks to the development of major international maritime, river and overland trade routes, the region’s products – including woollen cloth and textiles from weavers in the north, and gold-, silver- and metalwork from the Mosan region – were exported throughout Europe. The cities of Ghent, Bruges, Antwerp and Brussels were centres for major international trade. The products of their rich agricultural land contribute to the prosperity of these regions and strengthen the power of their rulers.

Brussels as a setting

Brussels buildings regularly feature in the manuscripts of the dukes and duchesses. An example is the collegiate church (today cathedral) of Saint Michael and Saint Gudula in a manuscript that belonged to Duchess Margaret of York, the second wife of Charles the Bold.