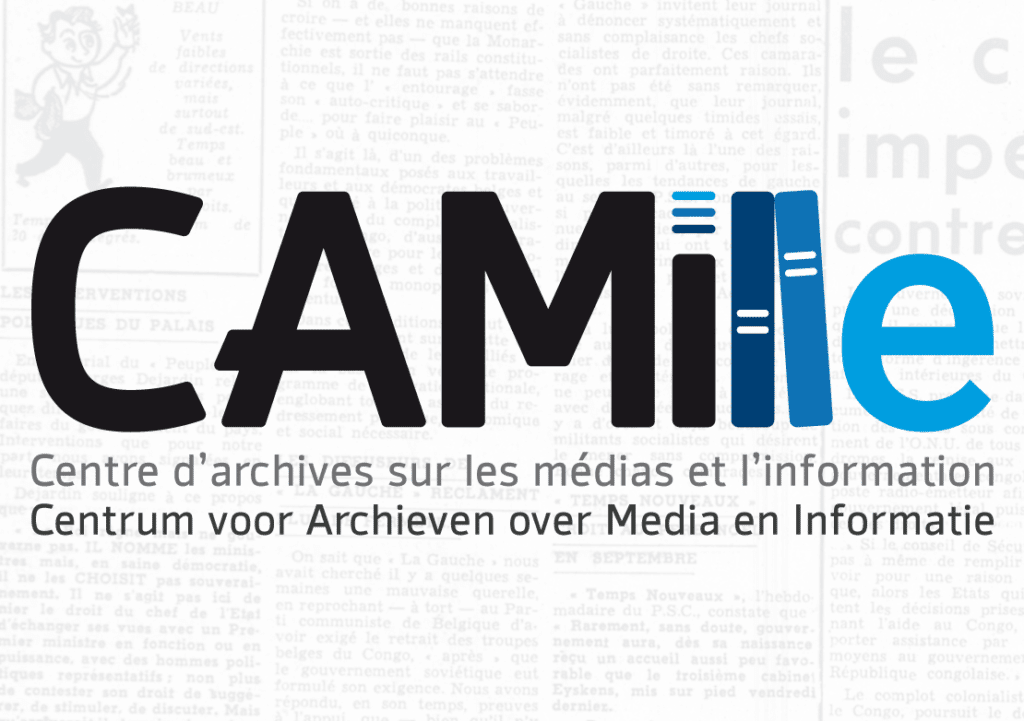 Founded in 2020, CAMille (Centre for Archives on the Media and Information, ULB-KBR) has two key objectives. Firstly, it intends to offer a digital platform for researchers interested in the Belgian press archives and/or archives related to journalism and the media in Belgium. Secondly, CAMille is a research centre dedicated to the history of Belgian journalism. It initiates research projects and is also open to partnership in both ongoing or future individual or collaborative projects.

In collaboration with the Digital Research Lab (KBR-UGent), CAMille paves the way for studies related to Belgian journalistic production or the media sector that explore large corpora using digital humanities tools. The Centre is also open to all researchers, whatever their discipline or approach.

In order to develop its digital archival platform dedicated to the history of journalism in Belgium, CAMille works on gathering and digitising relevant archives, supports digitisation projects related the Belgian press within KBR, promotes access to digital collections and develops research tools.

Two main research projects are currently carried out within CAMille:

The trade magazine of the Association générale de la presse belge (AGPB), published from 1920 onwards and in two languages from 1939 onwards under the title Le Journaliste / The Journalist.

Front page of the first issue of Het Handelsblad, published on 4 December 1844. For several decades, this Antwerp newspaper was the most important Dutch-language Belgian newspaper.

Émile Rossel on the editorial floor of Le Soir, the “neutral” Brussels newspaper he co-founded in December 1887. © Rossel

Editorial floor of RTL – a private broadcaster with its headquarters in Luxembourg – in 2019. (Photo: Pauline Laurent)

CAMille is funded by Belspo through the FED-tWIN programme. It is based on a long-term cooperation between KBR and the Université libre de Bruxelles (ULB). Antoine Jacquet is the main researcher of the project, whose supervisors are Marc D’Hoore (KBR) and Florence Le Cam (ULB).