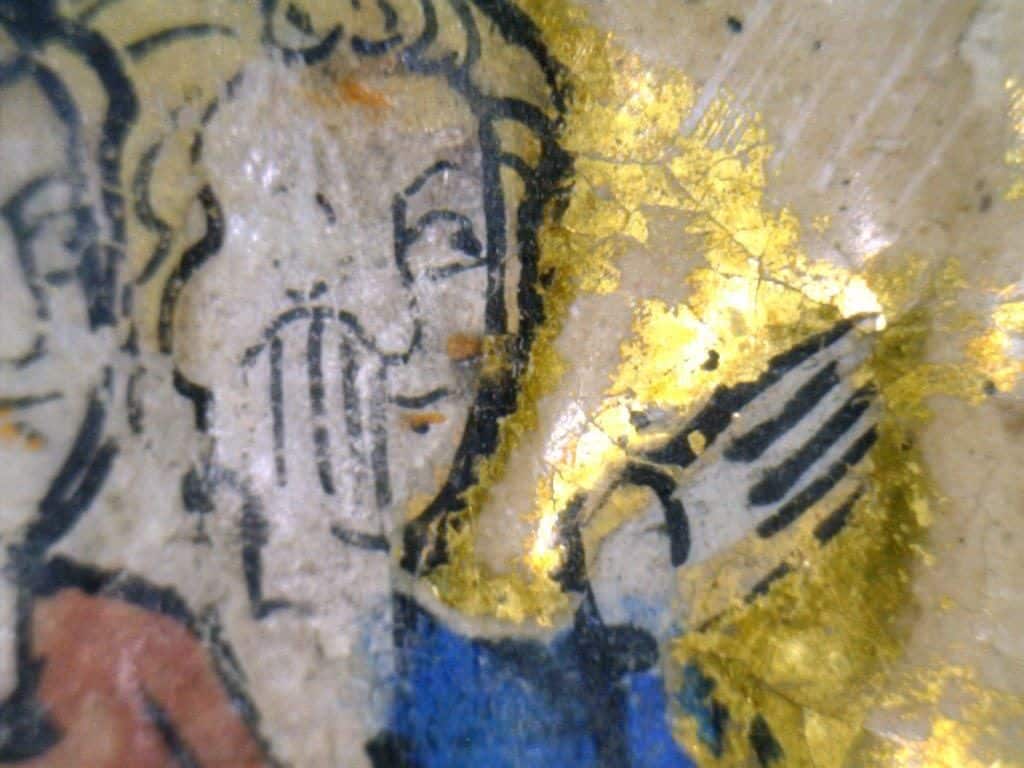 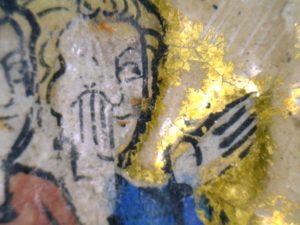 In collaboration with Lieve Watteeuw (KU Leuven – Illuminare) and the laboratories of KIK-IRPA, the Manuscripts Department and the conservation studio of KBR have started an integrated research project on the material characteristics of the “Rijmbijbel” of Jacob van Maerlant, one of the most important Dutch authors of the Middle Ages.

The Brussels codex is considered to be the oldest illustrated manuscript in the Dutch language. Since 2016, it has been undergoing an thorough conservation treatment, supported by the Manoël de la Serna Fund of the King Baudouin Foundation. With scientific imaging (the micro-dome, the Hirox 3D binocular) and through XRF mapping, the project will reveal detailed information on production characteristics of this important 13th century manuscript and support the conservation treatment.