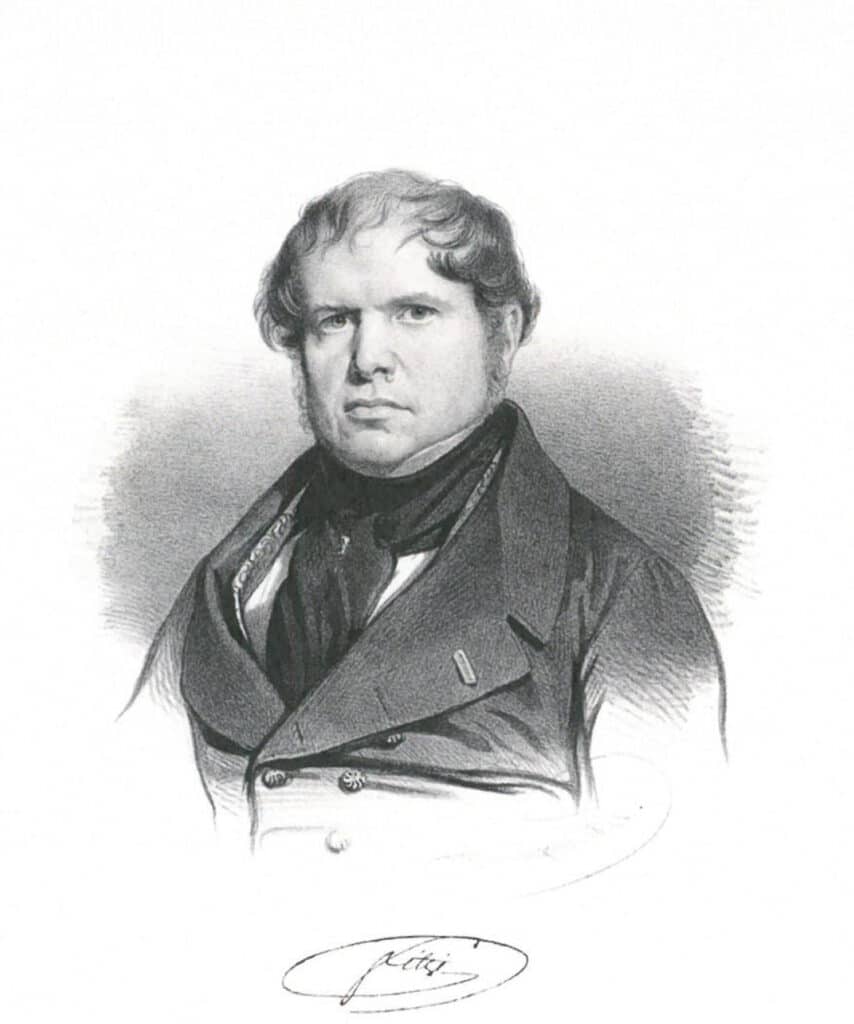 In 2021, Belgium and the musical world commemorate the 150th anniversary of the death of François-Joseph Fétis (25 March 1784 – 26 March 1871). Fétis was a major figure of 19th-century musical life in Europe. He was a universal man who left his mark on every aspect of European musical life. Today, KBR keeps Fétis’ personal library, containing some 8.000 items. It is currently being digitised.

A career devoted to music

Born in Mons, in the Belgian province of Hainaut, Fétis studied at the Paris Conservatory. He became its librarian and professor of counterpoint, before being appointed the first director of the Brussels Conservatory in 1833, a position that he held until his death and that cumulated with being King Leopold I’s Kapellmeister.

In addition to his activities as a professor and administrator, Fétis founded the Revue musicale (later Revue et Gazette Musicale de Paris) in 1827, one of the leading music periodicals. He organised some of the first ‘concerts historiques’ in 1832, thematic concert-lectures dedicated to the rediscovery of early music, now a common practice. Fétis was also a talented organist and a composer of numerous works in various genres (opera, sacred music, symphonic music, chamber music, etc.).

Fétis also left us a voluminous correspondence (F-J Fétis, Correspondance, ed. Robert Wangermée, Sprimont, Mardaga, 2006). His letters shows the richness and fruitfulness of his intellectual exchanges with many personalities of his time.

Both by necessity and by taste, Fétis was one of the most important collectors of his time. His collection of musical instruments is now kept at the Musical Instruments Museum in Brussels (MIM). The collections he acquired as director of the Brussels Conservatory are still there, notably the famous Westphal collection, which contains hundreds of manuscripts by CPE Bach and Telemann.

The personal library of Fétis, carefully assembled during his long life, was bought by the Belgian State in 1872. It is today kept at KBR in the Fétis collection. With nearly 8,000 old books, it is internationally renowned. It contains manuscripts (including some autographs, such as that of the Pièces pour la luth by J.S. Bach), early printed editions, catalogues of music publishers and theoretical works. The catalogue of the fonds Fétis was published in 1877 (Catalogue de la bibliothèque de F. J. Fétis acquise par l’État belge, Brussels, C. Muquardt, reprint by Forni Editore in 1969).