For thousands of years, techniques for sharing information and texts have evolved along with their audience. Before the invention of printing, a book was a manuscript, which literally means “handwritten”. It could take months or even years to manufacture only one copy. 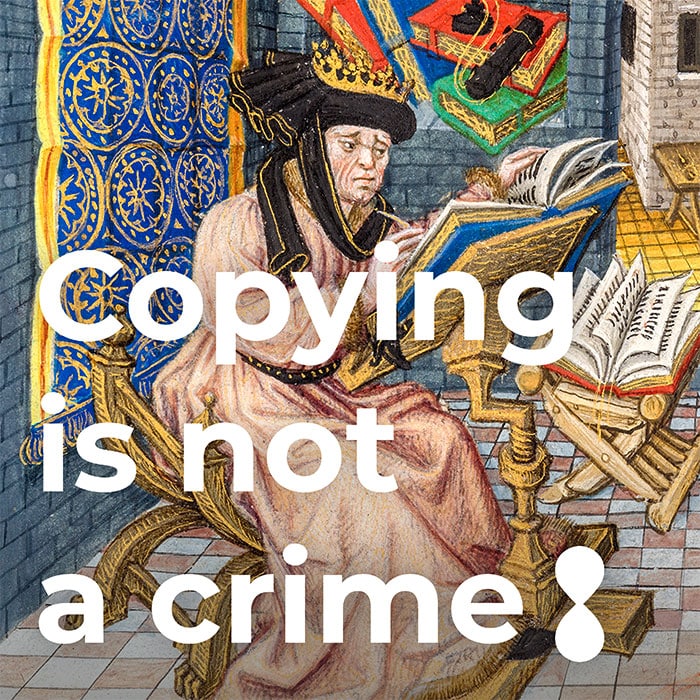 Before starting to write, the copyist draws the edges and lines that will guide him while writing the text. They usually remain visible once the manuscript is completed. After this, he has to prepare the ink and cut his writing feather. Then he can finally start writing the letters. He does not rest his hand on the page and he works in a regular rhythm to ensure uniformity. Copyists are often presented with a writing feather in one hand and a knife in the other. The knife served to sharpen their feather regularly, but also to scrape away any mistakes and stains.

Everyone has his own handwriting style

There are many types of handwritten scripts. They differ according to place and time, but also according to the types of texts. In the 15th century, the letters do not have the same shape depending on whether it is a mass book, a commercial contract, a novel or the translation of an ancient text by a humanist.

The monk-copyist does exist, but is by no means the only one who copied medieval texts. Moreover, there are also female copyists, be they religious or lay people.

How much time would it have taken you to copy a manuscript? 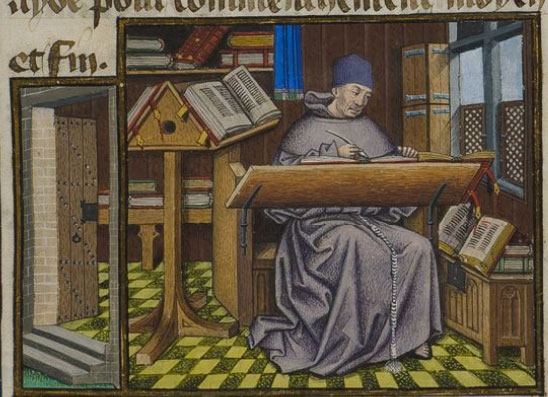 Discover this and more during a visit to the KBR museum.