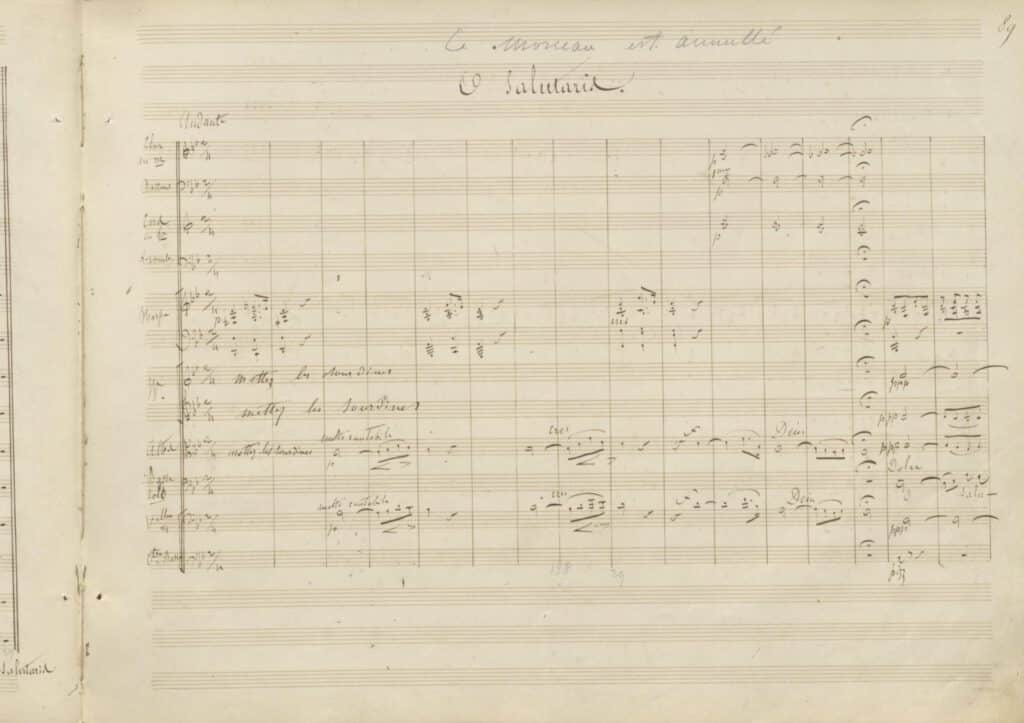 Last December, KBR acquired the complete autograph manuscript of the orchestrated version of the Messe for three voices in A major by the Liège composer César Franck (1822-1890), a work listed under the reference CCF 203. This exceptional 107-page volume is the only autograph source for this orchestrated version dating from 1860 and comprising the six parts of the Mass (Kyrie, Gloria, Credo, Sanctus, O Salutaris and Agnus Dei).

Indeed, the only sources known to date for this work were, on the one hand, its published reduction for 3 voices, organ, harp, cello and double bass (the autograph manuscript of which is preserved in the Bibliothèque nationale de France) and on the other, the edition of the orchestral score published posthumously in 1909.

This manuscript is also remarkable because it offers the unpublished orchestrated version of the O Salutaris, for which the famous Panis angelicus was substituted during Franck’s lifetime. This major score joins the body of Franck’s musical autographs already preserved in the library’s collections, including melodies and cantatas, the oratorio Ruth, the Trio concertant, the string quartet, Prelude, Aria et Final, and the Pièces pour harmonium.

KBR is a key location for the study of the work of Franck, a major 19th-century composer whose bicentenary is being celebrated in 2022.