In the fifteenth and sixteenth centuries, art and culture in the Southern Netherlands experienced an unprecedented boom. Music reached outstanding heights. Just like the Flemish primitives and their paintings, composers, singers and instrumentalists built international careers. 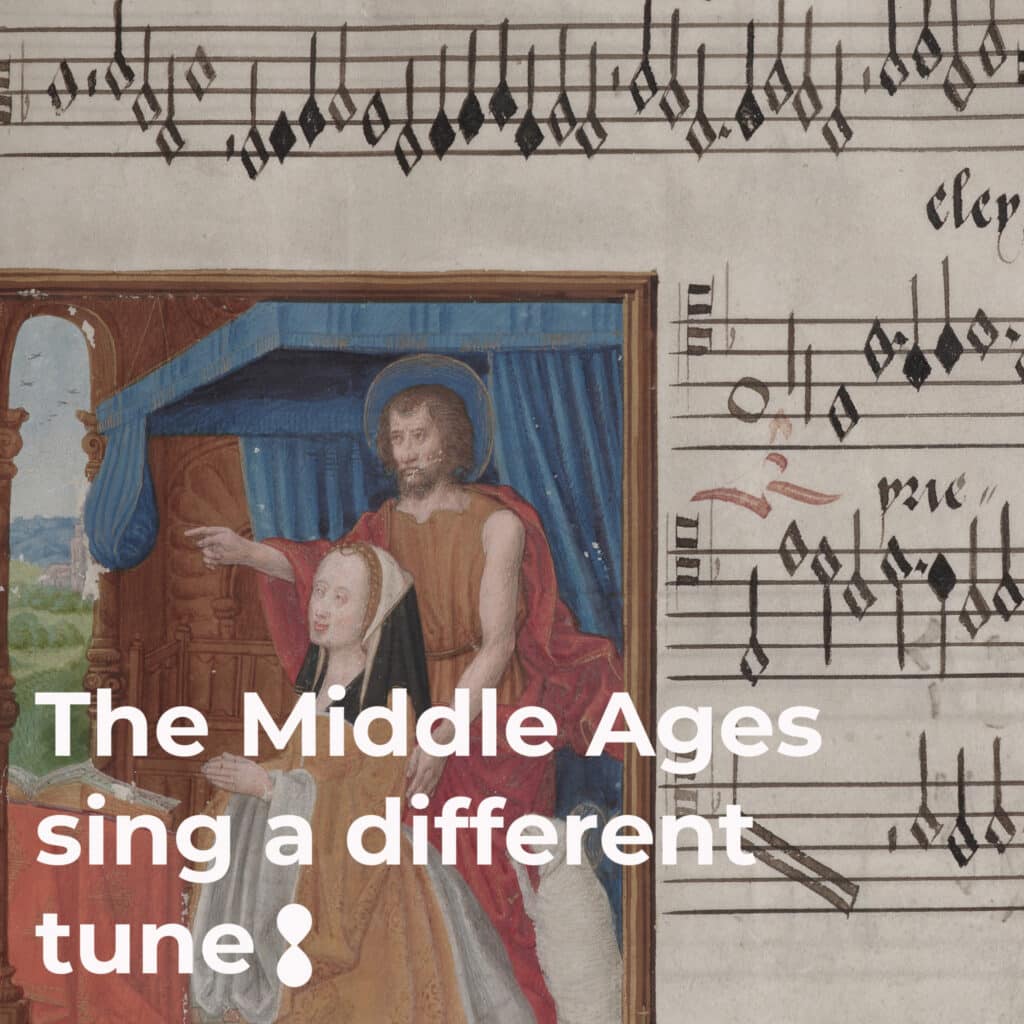 The “Fiamminghi” as they were called in Italy, could be found at the courts of Popes and Emperors. They were the export product par excellence in the only period of European history in which the Low Countries set the musical tone: Franco-Flemish polyphony.

In the Gregorian chant that resounded daily in cathedrals, churches and monasteries throughout the Middle Ages but also long after, all performers sing the same melody. In contrast, as the term indicates, polyphony is based on the principle of “multiple voices”. This means that different parties simultaneously sing or play different notes but sometimes also different texts. With their talent and craftsmanship, the Franco-Flemish polyphonists succeeded in interweaving these different voices into harmonious and euphonious compositions.

The polyphonic masses, motets and songs were recorded and distributed through richly illuminated manuscripts. In particular, the luxurious manuscripts produced under the direction of Petrus Alamire (c. 1470-1536) served as first-class ambassadors. Surrounded by parchment makers, text and note writers, miniaturists and bookbinders, this music copyist and entrepreneur carried out numerous commissions for the Burgundian court, which ordered the manuscripts for its own use but also as valuable promotional gifts.

The first pages of the choir book below make it immediately clear who it was intended for: Philip I and his wife Joanna of Castile. It opens with a mass by Josquin des Prez, one of the most famous polyphonists. He died exactly five hundred years ago. When performing this work for four voices, all the singers stood around the choir book, in which illuminated initials indicate the beginning of each part.

The left sheet contains the music for the soprano and tenor. They are accompanied by a miniature with a enthroned Mary and child. At the bottom is the coat of arms of Philip I, with the archduke’s crown. The necklace refers to the knightly order of the Golden Fleece, created by Philip’s great-grandfather Philip the Good to bind the noblemen of his area… and keep them in line. On the green background are the initials of Philip and Johanna, “P” and “I”.

On the right-hand page with the parts for the countertenor and bass, Philip is depicted with St. Philip and Johanna with John the Baptist. They are also prominent in the border decoration: with the coat of arms of the couple, Philip’s mottos Qui vouldra and Moi tout seul and with the necklace, the flints and the St. Andrew’s Cross, again attributes of the Order of the Golden Fleece. A resounding calling card for the last Burgundian duke …

For those who would like to hear the above manuscript right now: the Kyrie from the Missa Ave Maris Stella (Hail, Star of the Sea) with which the manuscript opens can be heard in a performance by Cappella Pratensis conducted by Stratton Bull.

Listen to the manuscript

Are you crazy about the polyphony of the 15th century? Visit the KBR museum and put your ears to the test! In the KBR museum you can listen to many polyphonic music pieces. From 11 May 2021, you can also admire a completely new selection of manuscripts and miniatures.