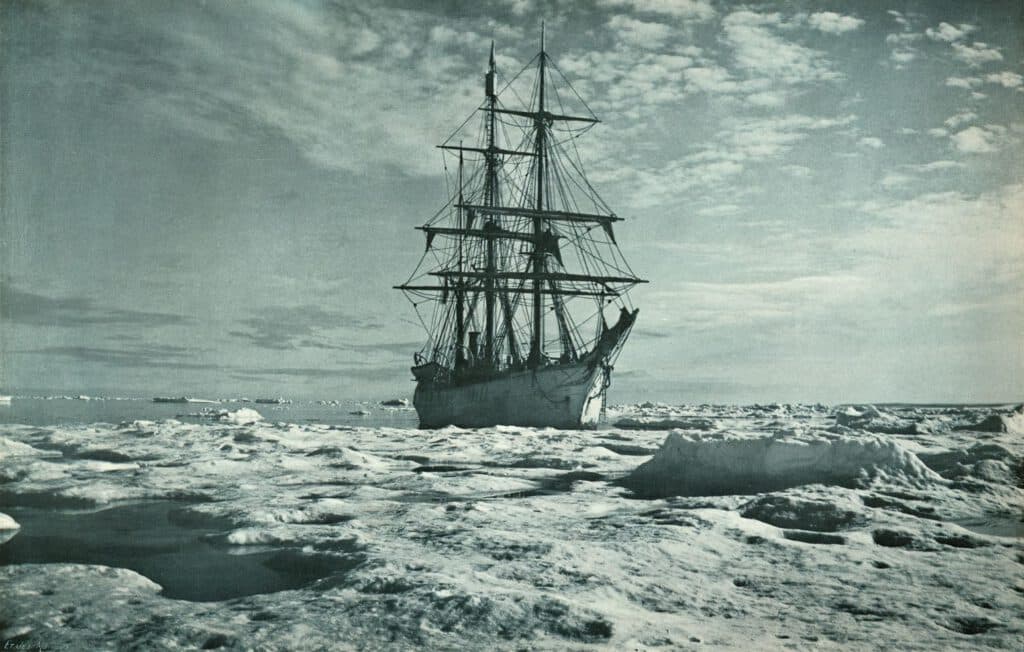 125 years ago, on Monday 16 August 1897, the converted Norwegian sealer ship Belgica left the port of Antwerp amid great interest. An international crew of scientific and sailing personnel was aboard. Travel along with them to the Strait of Magellan in South America and to what was then terra incognita: Antarctica.

This story map with special historical documents, all from the KBR collections, offers a new perspective on the experiences of Adrien de Gerlache and his crew.

Original documents, combined with quotes from the journals by the expedition members, allow us to follow the voyage of the Belgica and the experiences of her young crew almost from day to day. Among the crew were 2 people who would later become world-famous: Roald Amundsen and Frederick Cook.

“Three flying fish flew over the rails tonight. Of course, they were given a warm reception, in particular from Nansen, our small cat. When it is dark she creeps round the deck and catches flying fish all night long.” (27 September 1897)

From the journal by 25-year-old Roald Amundsen

On 4 March, the ice closes. The Belgica is stuck. For the first time, a ship and its crew have to spend the winter in Antarctica. They eat penguin and seal meat that they catch by sound and touch (“it tasted excellent,” says Amundsen, but he was the only one who thought so). In the end, De Gerlache comes up with a plan to saw a channel to a stretch of open water 600 metres from the Belgica. However, the ice is still around two metres thick. Will they have to spend a second winter in Antarctica?

You can read the story map in 3 languages: English, French and Dutch.