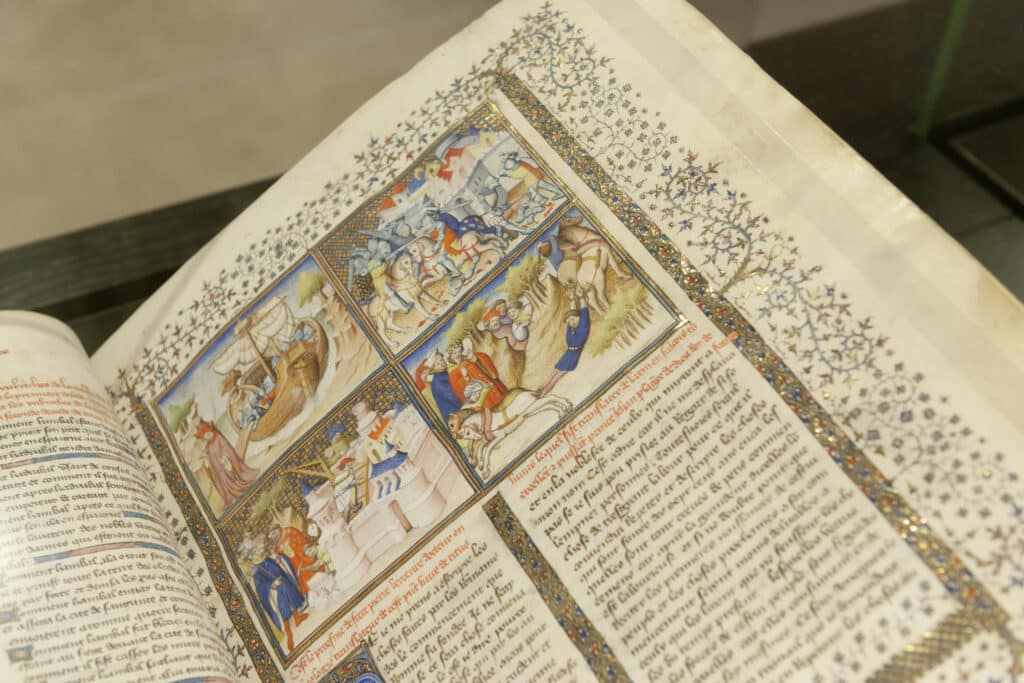 Livy (circa 59 BC – 17 AD) was one of the most important Roman historians. Along with Virgil, Horace and Ovid, he brought about a golden age in Latin literature. If you studied Latin, you have almost certainly read a text by him.

Livy was such a masterful story-teller that all his predecessors and successors were consigned to oblivion. We mainly know the story of Rome’s earliest history, of the foundation of the city or of Hannibal’s quest across the Alps as he wrote it.

However, he did not do any original scientific research: writing history in his time was largely a question of talking about what others had already recorded afterwards in as gripping a way as possible. This did not involve any research into documents.

Livy is mainly known for his monumental work “Ab Urbe condita” (From the foundation of the City). It tells the history of the city of Rome, from the founding to the time of Livy himself. A highly ambitious project, as he is describing a period of no less than seven centuries in thousands of pages.

“Ab Urbe condita” was 142 book scrolls long. Far too many to be copied out by hand each time. It was no wonder, then, that some brief overviews of it were soon made. Sadly, the full text was largely lost: barely 35 of the 142 books were preserved.

Livy’s work was grouped into five and ten-book parts: the latter are referred to as “decades”. In Antiquity and the Middle Ages, these decades were probably in circulation as separate wholes, which explains why there is no single manuscript for all the books preserved.

This means there are a great many manuscripts with text by Livy. When laid next to one another, something is immediately noticeable. In general, books with Livy’s text in the original Latin are plainly rendered. Deluxe decorations seem unnecessary: the readability and accessibility of the text are paramount. Indeed, the Latin manuscript is intended for scholars and erudite humanists.

The translations address a different audience, specifically the high nobility and bourgeoisie. They do not know Latin, or do not know enough of it, and have different expectations of a book.  A manuscript must exude luxury and reflect their social position. This is why manuscripts with translations of classical authors often have fine initials and sometimes even miniatures.

The miniatures depict classical antiquity in mediaeval forms. The Roman soldiers are represented as though they were contemporary mediaeval knights. In the war between Rome and Carthage, the first party can be recognised by the red colour above the suit of armour, the second by the blue one – so just like in a contemporary football match.

Indeed, the classical text would not so much be seen as the history of antiquity by these readers, but more as a kind of heroic tale.

Livy in Latin or in French: they are in fact two worlds, for a different audience, with a different vision of the world and the text.

From manuscript to printing

Although much of Livy was read since the Renaissance, in the Middle Ages, he was practically unknown. This (partly) explains why such a large part of his work has been lost. It is nonetheless interesting to look at several versions of his works. We can clearly see the differences between the languages.

We will examine several books from our collection here:

Livy in Latin: manuscript from the 15th century

The only Latin manuscript by Livy in all of Belgium is the first decade of “Ab Urbe condita”. The book dates from the 15th century and was produced in Italy. The initial depicts Livy at his writing table, dressed as an Italian scholar from the 15th century. As in most other Italian manuscripts with a Latin text, this one also has no decorations aside from the initial. The text in the humanistic minuscule (a script from the Middle Ages) in written in a single column.

Incunabulum from 1495: great similarity to a manuscript

When texts were first being printed, printers often followed the form of previous manuscripts. This is why the oldest prints of Latin texts have the same characteristics as the manuscripts: humanistic minuscule, little decoration and text in a single column. This printed Milanese edition from 1495 of the Latin text “Historiae Romanae decades” by Livy (INC C 395) follows the tradition of the Italian humanist manuscripts. We see a text, without illustrations or printed decoration, across the full width of the page in humanistic minuscules. The printer left some room by the initials, so the owner could add a letter to their own taste.

This Venetian print (INC B 1772), also from 1495, shows a slightly more advanced book technique. The emphasis still remains on the text, which is printed in a single column in a fine humanistic minuscule, as was the custom for manuscripts from the Italian Quattrocento. The printer has also added several modern elements: the initials are now pre-printed and several wood cuttings have been added that portray important moments from the historical tale. Also new is the decorated opening page of the first book.

The French translation by Pierre Bersuire

Livy’s gripping account of Rome’s earliest history and the war against Hannibal was translated into French in the 14th century for the French King, John the Good (circa 1350 – 1364). The manuscripts display all the hallmarks of the Burgundian deluxe volumes: written in the “Burgundian bastarda”, in two columns, on deluxe parchment, with fine initials and decorations in the margin.

Ms. 9049 is a deluxe copy of the French translation produced in Paris around 1400 and mentioned as early as the initial days of the library of the Dukes of Burgundy. Just like other deluxe books, this manuscript is written on vellum and inscribed with beautifully decorated initials. At the beginning of each book is a miniature depicting several events from the text.

Ms. 14621 is a second specimen with the French translation by Bersuire. Just like specimen ms. 9049, it is written in two columns. What is most striking about this manuscript is the series of drawings at the beginning of important sections. These drawings are rather more akin to sketches and have also been left uncoloured. In all likelihood, this is an unfinished manuscript that never saw the proper finishing of the miniatures. The execution of this manuscript is clearly less luxurious than its predecessor: this is evidenced, among other things, by the alternation of vellum with the cheaper paper.

Incunabulum from 1486-1487: in the traditions of manuscripts in French

Bersuire’s French translation of Livy was printed early on. INC B 508 is far less prestigious than manuscripts with this translation, but it does follow some of the external features of its hand-written predecessors. The text is printed in two columns in a script that is shaped like the “bastarda” script from the manuscripts and there are some wood cuttings to be found at the start of every book that illustrate the text. The depictions are entirely mediaeval in nature. This print thus deliberately places itself in the tradition of the manuscripts in French, just as the Italian prints of the Latin text are in line with the humanist manuscripts.

Would you like to find out more about the role of Livy in the literary world of the 15th and 16th century? Join the lecture “Livy between manuscript and printed book” by expert Michiel Verweij on 28 January (Dutch) or on 4 February (French) or admire the discussed books with your own eyes at the KBR museum.