In the 15th century, the customer was king in regards to the content of the book – whoever commissioned the book decided what was told, be it history or any other domain. 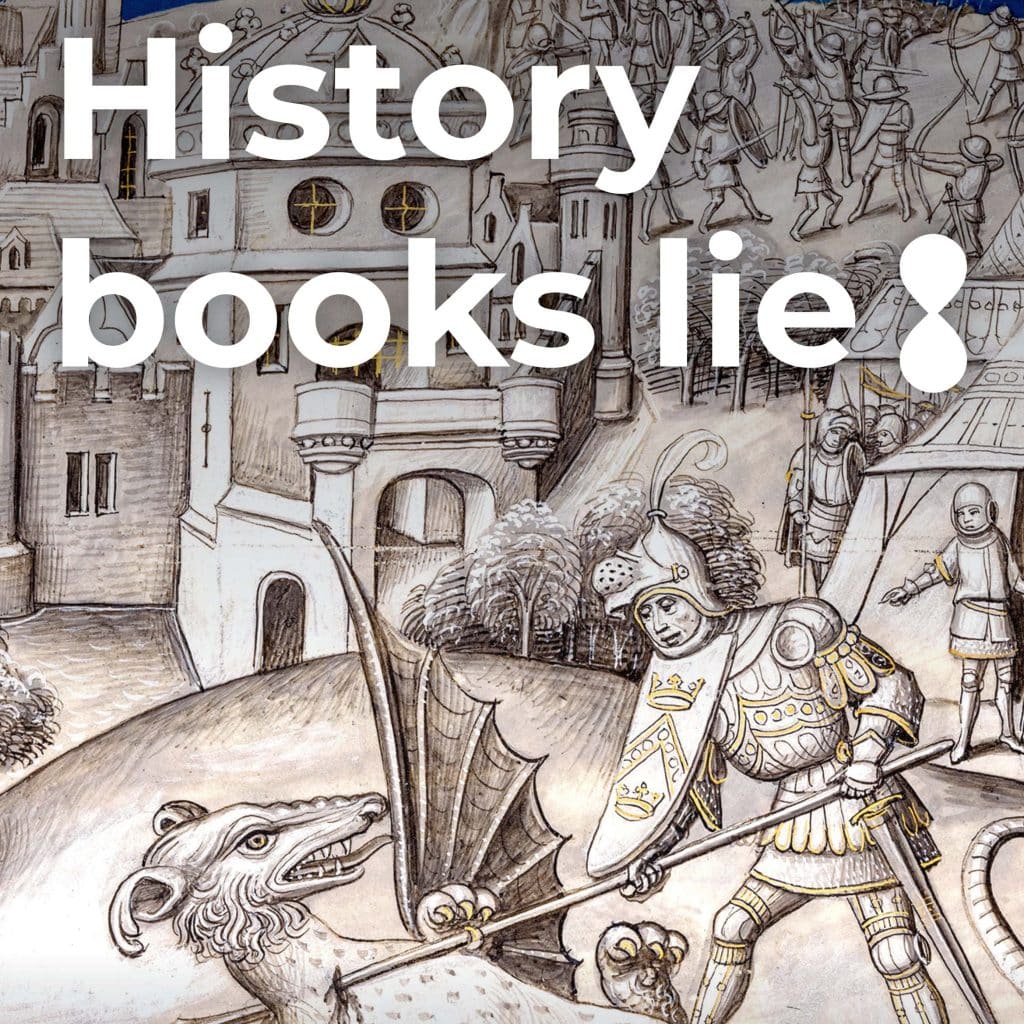 Images and stories are powerful political weapons. The Burgundian dukes, and certainly Philip the Good, were extremely adept at using these and other instruments as propaganda tools. Of course, they were not afraid to present the facts from the angle that suited them best.

A certain view on history

A dragon in a history book? Even in these times of fake news, no one would dare! However, this image comes from a historical manuscript from the library of the Burgundian dukes. They loved books like this and placed one order after another to have luxurious manuscripts made. The choice of their subjects is rarely innocent. In this way they affirmed the legitimacy of the dukes, increased their prestige and justified their political views.

Philip the Good and Charles the Bold loved to pay tribute to mythical heroes such as Alexander the Great or Charlemagne. The stories of their heroic deeds, which belong to the genre of the legendary epics rather than historiography, are richly illustrated and were often publicly recited at the court. The dukes subtly identified themselves with these glorious role models and therefore appropriated some of their prestige.

The truth of the dukes

The books often correspond to clearly recognizable political interests; this is the case, for example, for the famous Chroniques de Hainaut. This manuscript, copied in the mid-15th century, contains the translation of annals written 50 years earlier that tell the history of the Counts of Hainaut since the Trojan War.

Philip the Good ordered a French version when he forced his cousin Jacoba of Bavaria to give him the county of Hainaut. Rather than a translation, this version begins with a completely invented prologue, in which the Duke is presented as the legal heir to the family of the Counts of Hainaut.

The presentation miniature – an iconic image of KBR – is the only illumination ever attributed to Rogier van der Weyden. It is really a manifesto of the ducal power: we see Philip the Good and around him his son, his counselors and the knights of the Golden Fleece. In the edges, we see the weapons of all terretories under the authority of the Duke.

Discover the truth that lies in the manuscripts of the Burgundian dukes at the KBR museum.