In the Middle Ages, religion reaches far beyond the church and personal faith. It plays an important role in all aspects of life in the 15th century and is a repertoire of stories in the common imagination. Religion is spread through texts but also and above all through the power of images. 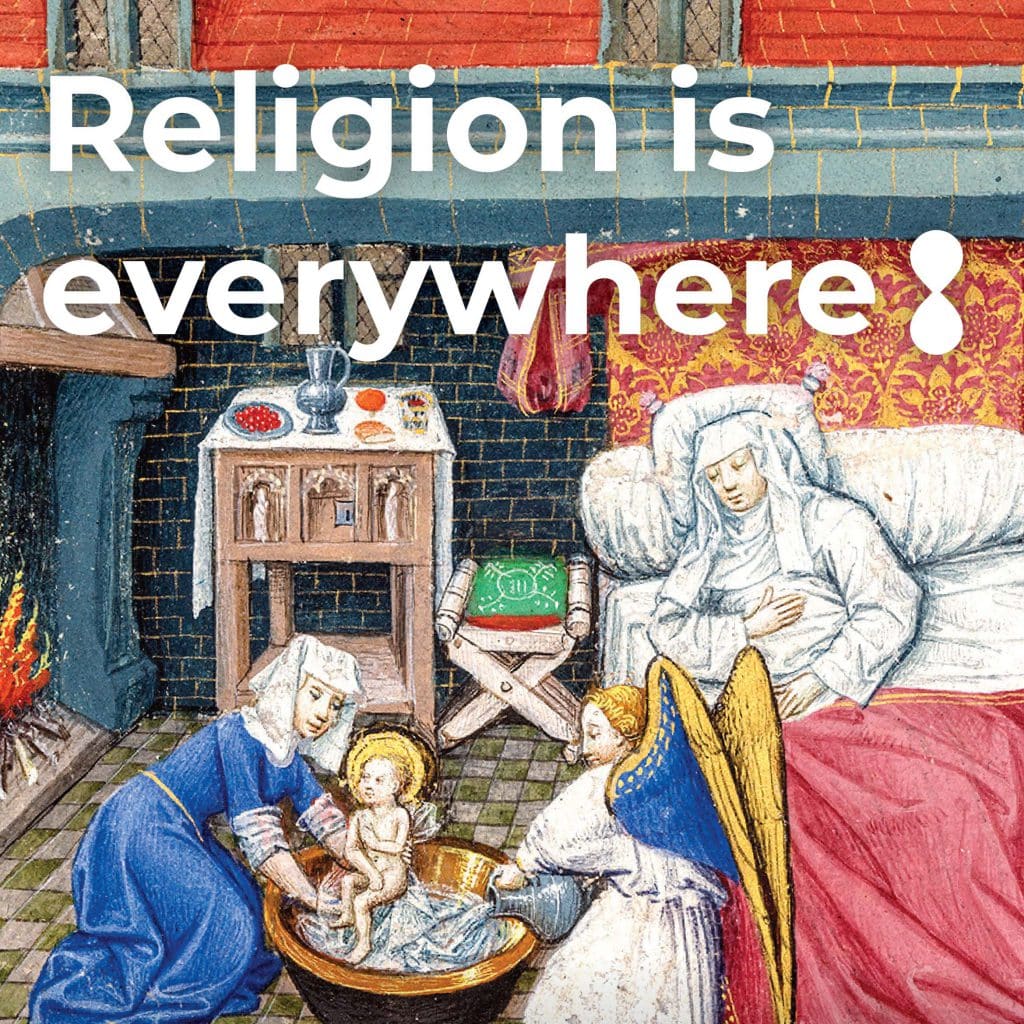 Religion is ubiquitous in the Middle Ages. Clocks, prayers and religious festivals add rhythm to the days, weeks and years. From birth to death, it provides a framework for everyone’s existence … Through sermons, texts and images, it engrains the spirits.

However, the practice of religion takes various forms. While one expresses their faith through luxurious commissions, others profess a religion more focused on penance and asceticism. One of the great achievements of the 15th century is a book about how believers can follow the example of Christ in their daily lives.

An inexhaustible source of inspiration for artists

The stories of the Old Testament, the episodes of the life of Jesus or the lives of the saints are an inspiration for many paintings, statues and altarpieces. They beautify places of worship and residences, convey religious messages and show the power of their patrons.

Religious texts are also copied abundantly and illustrated in manuscripts. A third of all manuscripts of the library of the Burgundian dukes are books of a religious nature: books of hours, missals, breviaries, psalters… Books that are intended for personal prayer and are often richly illuminated by renowned artists.

A simpler and more “direct” form of devotion is also very widespread. It is based on the worship of the saints whose lives are exemplified. They are regarded as heroes and endure severe trials in the name of their faith. Grotesque details and supernatural powers stir up the attention and devotion of the faithful. These particularly popular stories often exist in different versions and are abundantly illustrated.

A well-known example is Wilgefortis, a female saint of the Catholic Church who allegedly begged God for a beard. Discover her story at the KBR museum.